About a year ago I learned to stop studying in just my room. Don’t get me wrong, I study plenty in my room it would be insane if I didn’t.

What I learned though is that I don’t enjoy being cooped up. If I’m in my room for most of the day I get stir-crazy, especially if the assignment I’m working on is causing me plenty of frustration. If I’m tired it gets even worse because I might convince myself to nap instead of being productive.

So began the quest to find a place on my campus to study, give me a change of scenery and keep me from burning out.

And I found some good ones.

My school’s main library. There is a quiet study floor with some large cubicles. I can completely sprawl out on them and also have a power outlet. All of the elements of a great study space. But sooner or later, I became restless again. So I went to some of the other libraries in the school.

In one of the building I actually have access to an organization’s office, which is a quiet study space with a large desk.

Consistently though, I found fault in all of them. All of them were way too confined. I wanted some place with a good view.

In one of the buildings on campus there is a sixth floor with seating and a good view. Pretty good spot, sat there a few times, it had a great view, and some comfy chairs.

In our campus’ science building there is a balcony, I thought I would give it a shot.
And it was alright, there wasn’t really power, or an incredible view, and the seating wasn’t amazing, but it did give a dose of fresh air. I was hooked… On the fresh air that is.

So I scoped out a couple of more balconies around campus. And I found the one that is objectively the best on campus. Here is a list of reasons why:

I don’t know why I wrote this blog post. I guess I could pawn off some meaning like “try diversifying your study spaces” or “try getting a breath of fresh air every now and then.” Whatever the reason I enjoy this place and I guess I just wanted to brag about it.

I really hope that title, although true, doesn’t get taken out of context later in my life. I’m a huge fraud, but given some context I think we can all get a good laugh out of it.

Last year in the middle of the summer I started my YouTube channel Xylo-A-Day to ensure that I would essentially practice everyday.

Every day I lie to the public.

There are 287 videos posted at the time of writing this blog that are all complete and utter lies.

It’s not a xylophone, it’s a marimba (specifically, a Musser M31).

I know, I know. I apologize.

But here’s the thing, I didn’t realize that it was a marimba. And I know that sounds a little far-fetched, considering that I have been playing mallet instruments since middle school but let me explain myself.

The high school where I learned to play used Yamaha instruments not Musser.

Here is a Yamaha Marimba:

Here is a Musser M31 Marimba (The instrument I have): 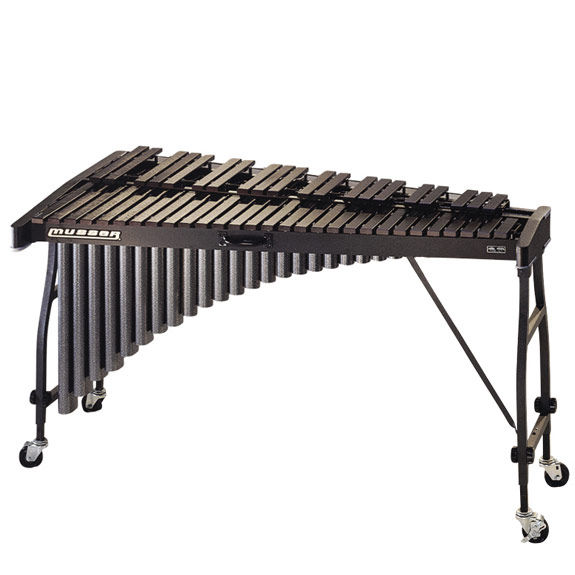 And here is a Yamaha xylophone: 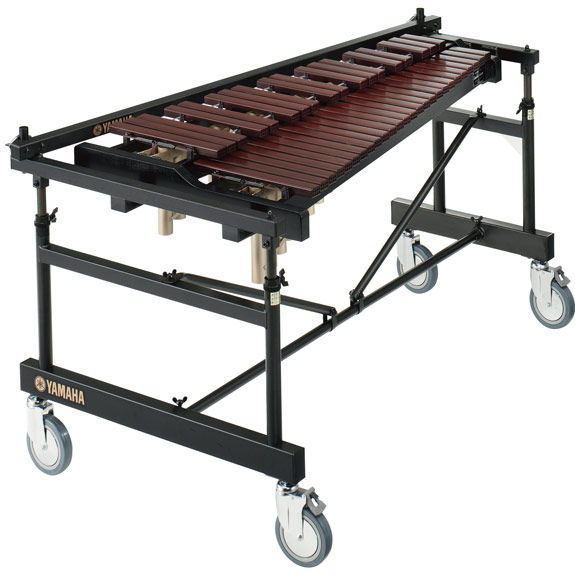 At this point you are either in two fields:

And as a person who has had 6 years of mallet instrument experience by the time I got out of high school, I’m ashamed to say that somehow after a year of playing on a marimba I’m just now realizing that it is a marimba.

Hindsight is 20/20. Now that I look at it I can’t believe I ever thought it was a xylophone. But I understand what led me to that assumption.

Here is list of all of the blunders that led me to believe for a whole year that I’ve been playing a xylophone:

So does this mean that I am going to name change Xylo-A-Day? Am I going to change it to Marimba-a-Day?

My plans with the channel is to one day have a variety of mallet instruments, so Xylo-A-Day is here to stay. I still really want to play a vibraphone on the channel and whenever I get one and upload those videos I wouldn’t change my name to Vibra-A-Day.

At the very least, I plan to reflect from here on out that it is in fact a marimba and not a xylophone. You can still expect me to put xylophone tags everywhere since most people don’t know what a marimba is anyways.

And last but not least thanks to Cris the Experience for making me question everything that I hold dear.

I Made Another Video of Decent Quality

Yesterday, I made another quality video. It involved the Zelda Chest Opening Theme, dry ice, and a cooler.

This semester I tasked myself with uploading at least 5 quality videos amidst the never-ending onslaught of daily videos, which mainly consist of only <30 second folk songs. I’ve only uploaded a few that I thought of high enough quality to check off my to-do list, one of which was the GameCube Startup Theme.

From that video I learned a few things. I learned I could edit my videos just slightly more than usual and come up with profoundly greater looking videos. The GameCube Startup Theme only consisted of me playing one riff and then overlaying the GameCube startup video. It was short and sweet and it looked alright, so I decided to upload it to Reddit to see if I could get any exposure for the channel. Most of the time I submit to subs that can be associated with the videos:

I couldn’t submit to /r/gaming though because at the time I didn’t comment enough to pass the threshold created by the sub to post. So I was left with /r/YouTubeHaiku, which specializes in short YouTube videos.

And it was a jackpot, in terms of my channel at least.

Most of my videos on my channel average at around 5 to 6 views after a few days after uploads, unless I advertise it on the Twitter or post it to an appropriate subreddit, which then can vary the results from 40 – 100ish views.

The GameCube Startup Theme garnered 1000 views in a single day, brought my view count to 4000, making that video account for about 25% of all the views on my channel… which had well over a hundred videos.

So there it was, the flash in the pan. The lightning in a bottle. The fluke. I couldn’t think of anything else to upload that would be of such short length and such high quality. Until a week ago when I came up with the idea of using the Zelda Chest Opening Theme.

It was an iconic sounding riff, it had an iconic animation associated with it, and I could put a little gag at the end, all of which are needed for a successful video. I now even knew of a place that would be highly accepting of my video.

To give credit where credit is due I got the sheet music from NinSheetMusic.org they are super awesome and as the name implies, have sheet music for Nintendo games.

The next step was recreating the iconic animation, which in my mind consists of Link reaching into a semi-mysterious glowing chest and then pulling out the item that he found. Then I needed the parts:

This was the result.

The rig inside the cooler was pretty funny itself. It consisted of a block of dry ice leaned towards the door, on the side of cooler closest to the camera. I would pour hot water on it to create the fog effect which then created the issue of the dry ice now becoming ever so slightly wet.

This meant that the paper could not be put directly on the dry ice or it would get wet. My solution was to place a block on top of the dry ice to create a flat surface after I poured the water on it. This created a dry surface that a paper could be placed on then easily found in fog.

Then I needed light. I had a flashlight but it wasn’t strong enough so I needed to use my phone’s light. This turned out to be risky because I couldn’t just put my phone on the bottom of the cooler due to the hot water. My solution was to place my phone on a small coffee cup, which I then placed into the cooler after pouring in the water.

With all those elements put together I was able to create the video, which upon looking at the stats, is getting pretty successful. I’ve almost doubled my subscribers so far thanks to the gag at the end and it has also garnered at least a thousand views.

I can’t make any promises, but I’m hoping to try to release a semi-quality video every week or so (something that is of considerable length i.e. >minute) and a quality video (something of good editing) every month or so. I’m also hoping to have a Metroid Theme Week, much like the Zelda theme week of a semester ago.

I’m excited to see where the future takes Xylo-A-Day!

If you want to edit the video, here it is so you don’t have to rip it from YouTube: